Volcanic lakes may hold trove of lithium for batteries 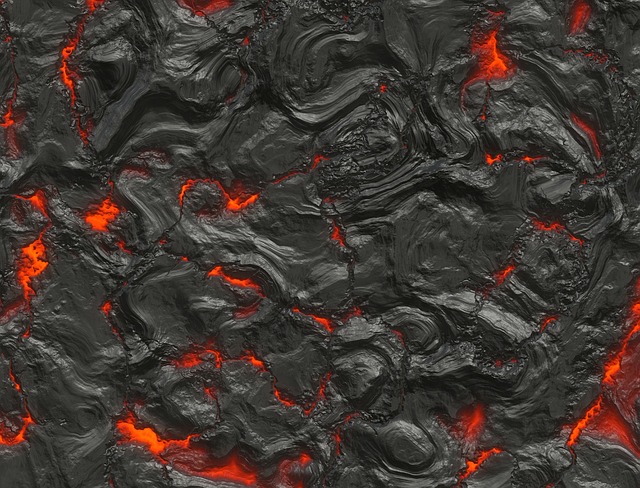 Researchers have found a new method for finding lithium, used in the lithium-ion batteries that power modern electronics, in supervolcanic lake deposits.

While most of the lithium used to make batteries comes from Australia and Chile, but scientists say there are large deposits in sources right here in America: supervolcanoes.

“We’ve had a gold rush, so we know how, why, and where gold occurs, but we never had a lithium rush…”

In a study published today in Nature Communications, scientists detail a new method for locating lithium in supervolcanic lake deposits.

The findings represent an important step toward diversifying the supply of this valuable silvery-white metal, since lithium is an energy-critical strategic resource, says study coauthor Gail Mahood, a professor of geological sciences at Stanford University’s School of Earth, Energy & Environmental Sciences.

“We’re going to have to use electric vehicles and large storage batteries to decrease our carbon footprint,” Mahood says. “It’s important to identify lithium resources in the US so that our supply does not rely on single companies or countries in a way that makes us subject to economic or political manipulation.”

Supervolcanoes can produce massive eruptions of hundreds to thousands of cubic kilometers of magma—up to 10,000 times more than a typical eruption from a Hawaiian volcano. They also produce vast quantities of pumice and volcanic ash that are spread over wide areas. They appear as huge holes in the ground, known as calderas, rather than the cone-like shape typically associated with volcanoes because the enormous loss of magma causes the roof of the chamber to collapse following eruption.

The resulting hole often fills with water to form a lake—Oregon’s Crater Lake is a prime example. Over tens of thousands of years, rainfall and hot springs leach out lithium from the volcanic deposits. The lithium accumulates, along with sediments, in the caldera lake, where it becomes concentrated in a clay called hectorite.

“The caldera is the ideal depositional basin for all this lithium,” says lead study author Thomas Benson, a recent doctoral graduate from the university, who began working on the study in 2012.

Since its discovery in the 1800s, lithium has largely been used in psychiatric treatments and nuclear weapons. Beginning in the 2000s, lithium became the major component of lithium-ion batteries, which today provide portable power for everything from cellphones and laptops to electric cars.

Volvo Cars recently announced its commitment to only produce new models of its vehicles as hybrids or battery-powered options beginning in 2019, a sign that demand for lithium-ion batteries will continue to increase.

“We’ve had a gold rush, so we know how, why, and where gold occurs, but we never had a lithium rush,” Benson says. “The demand for lithium has outpaced the scientific understanding of the resource, so it’s essential for the fundamental science behind these resources to catch up.”

So, the researchers analyzed tiny bits of magma trapped in crystals during growth within the magma chamber. These “melt inclusions,” completely encapsulated within the crystals, survive the supereruption and remain intact throughout the weathering process. As such, melt inclusions record the original concentrations of lithium and other elements in the magma.

Researchers sliced through the host crystals to expose these preserved magma blebs, which are 10 to 100 microns in diameter, then analyzed them with the Sensitive High Resolution Ion Microprobe in the SHRIMP-RG Laboratory at Stanford Earth.

“Understanding how lithium is transported in magmas and what causes a volcanic center to become enriched in lithium has never really systematically been done before,” Benson says.

The team analyzed samples from a range of tectonic settings, including the Kings Valley deposit in the McDermitt volcanic field located on the Nevada-Oregon border, which erupted 16.5 to 15.5 million years ago and is known to be rich in lithium.

They compared results from this volcanic center with samples from the High Rock caldera complex in Nevada, Sierra la Primavera in Mexico, Pantelleria in the Strait of Sicily, Yellowstone in Wyoming, and Hideaway Park in Colorado, and determined that lithium concentrations varied widely as a function of the tectonic setting of the supervolcano.

“If you have a lot of magma erupting, it doesn’t have to have as much lithium in it to produce something that is worthy of economic interest as we previously thought,” Mahood says. “You don’t need extraordinarily high concentrations of lithium in the magma to form lithium deposits and reserves.”

In addition to exploring for lithium, the researchers analyzed other trace elements to determine their correlations with lithium concentrations.

As a result, they discovered a previously unknown correlation that will now enable geologists to identify candidate supervolcanoes for lithium deposits in a much easier way than measuring lithium directly in melt inclusions. The trace elements can be used as a proxy for original lithium concentration. For example, greater abundance of easily analyzed rubidium in the bulk deposits indicates more lithium, whereas high concentrations of zirconium indicate less lithium.

“We can essentially use the zirconium content to determine the lithium content within about 100 parts per million,” Benson says. “Now that we have a way to easily find more of these lithium deposits, it shows that this fundamental geological work can help solve societal problems—that’s really exciting.”

Additional coauthors of the paper are from Stanford University and the US Geological Survey. The research was partially supported by a US Department of Defense NDSEG Fellowship.