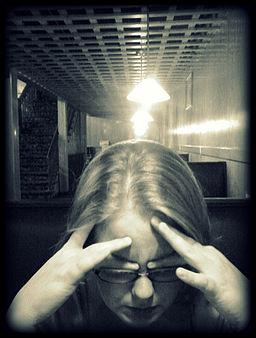 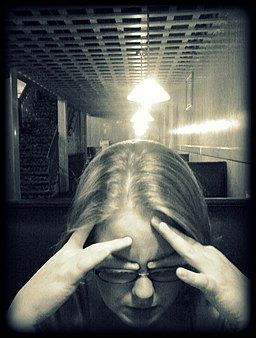 The study, which appears in the American Journal of Psychiatry, reviews 200 existing papers on depression and inflammation.

“One thing that we’re particularly interested in is how stress affects the immune system, which in turn affects diseases and mental health outcomes, the focus of this paper,” says coauthor Christopher Fagundes, an assistant professor of psychology at Rice University.

The authors found that in addition to being linked to numerous physical health issues, including cancer and diabetes, systemic inflammation is linked to mental health issues such as depression. Among patients suffering from clinical depression, concentrations of two inflammatory markers, CRP and IL-6, were elevated by up to 50 percent.

Fagundes says chronic inflammation is most common in individuals who have experienced stress in their lives, including lower socio-economic status or those who experienced abuse or neglect as children. Other contributing factors are a high-fat diet and high body mass index.

He says that it is normal for humans to have an inflammatory response—such as redness—to an area of the body that is injured. “This is your immune system working to kill that pathogen, which is a good thing,” Fagundes says. “However, many individuals exhibit persistent systemic inflammation, which we’re finding is really the root of all physical and mental diseases. Stress, as well as poor diet and bad health behaviors, enhances inflammation.”

Previous research has shown that individuals who have socio-economic issues or had problems in their early lives are already at higher risk for mental issues because of these stresses in their lives.  Fagundes points out that, “As a result, they often experience a higher occurrence of chronic inflammation, which we have linked to depression.”

The study also found that depression caused by chronic inflammation is resistant to traditional therapy methods, but can be treated with activities such as yoga, meditation, NSAIDS, and exercise. Fagundes also pointed out that a strong support system, early in life, is critical in helping individuals learn to deal with stress later in life.

The researchers hope the study will shed light on the dangers of bodily inflammation and the steps that can be taken to overcome this health issue.

Read the full study that was published in the  American Journal of Psychiatry.

View a short video on the subject here.