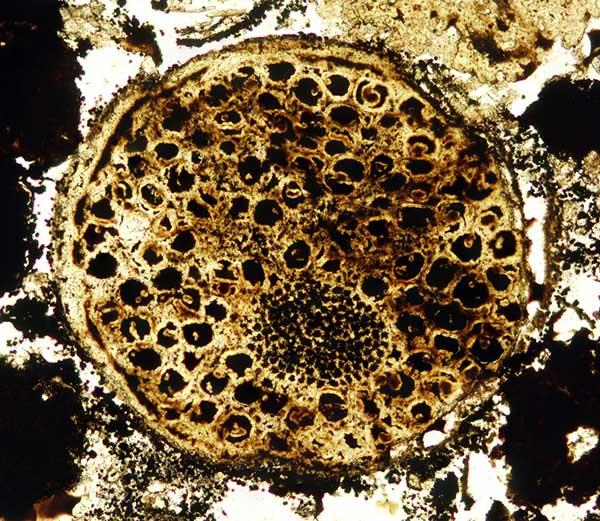 Geobiologist, Shuhai Xiao from Virigina Tech and Researchers from the Chinese Academy of Sciences have collaborated together and discovered a fossil that contains evidence of it’s living organisms about 60 million years earlier than we originally thought.

The findings show that scientists have misinterpreted multicellular fossils and bacteria and as a result, the timeframe for which living organisms appeared on earth, nearly 600 million years ago.

What the researchers found was a fossil from 600 million years ago that displayed uncharacteristic evidence of complexity. These fossils in comparison with what we thought we knew about multicellular specimens of this time period, did not match up. Any fossils like the ones the team just found, were previously categorized as just bacteria and nothing more. However, this discovery proves this as false. In explaining his discovery, Professor Shuhai Xiaoof stated this:

“Fossils similar to these have been interpreted as bacteria, single-cell eukaryotes, algae, and transitional forms related to modern animals such as sponges, sea anemones, or bilaterally symmetrical animals. This paper lets us put aside some of those interpretations.”-  Shuhai Xiaoof

According to past scientific research, skeletal animals only started appearing during a time period where new life started growing on the earth very rapidly known as the ‘Cambrian Explosion’. The Cambrian Explosion is documented as occurring over 540 million years prior. This is a direct contradiction of what the fossil evidence is telling us now though. And if the researchers are correct, the misinterpretations were  off by a long shot and have incorrectly pinned the introduction age of living organisms by 60 million years.

The research findings of the Virginia Tech team and collaborator from the Chinese Academy of Science were published in the scholarly journal  Nature. Read the full report of all the details in Nature.