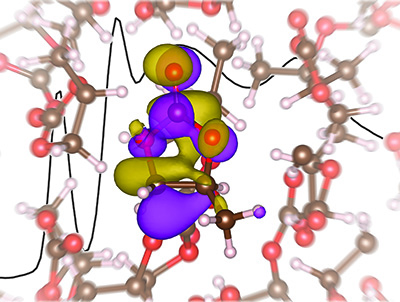 The quest to find more environmentally sustainable energy solutions has become a top priority in the last few years. It is no longer a question of if we need to reduce our carbon output, but how we should do it.

One of the biggest contributors to our carbon output is our use of gasoline to run vehicles. Various alternative energy-using vehicles have made their way to the market. Vehicles such as hybrids, which use both gasoline and electricity, hydrogen-cell and even all-electric vehicles powered by solar or wind energy are examples of such. The problem lies within the batteries of the alternative energy vehicles. The storage capability in the lithium-ion batteries we currently use is not enough and needs drastic improvement to be a viable, realistic solution for storing energy.

Researchers from Berkeley Lab have been looking for a better understanding of liquid electrolytes to solve the issue of lithium-ion batteries lacking the necessary storage capabilities needed to meet our energy needs.

The battery industry has disagreed on the exact nature of the local solvation environment of lithium ions in the batteries. According to Saykally, “this is a critical issue because the desolvation of the ions as they move through the negative electrode is believed to limit the electrical power that can be made available.” (Saykally)

This disagreement led the researchers to comprise a study and test possible solutions and in this, developed a unique liquid micro jet technology. What the team found was by using an  X-ray absorption spectroscopy study to model lithium electrolyte, the previous computational predictions were wrong and the lithium ion in the electrolyte did not have a tetrahedral solvation structure as once thought.

Saykally concluded that “Based on our results, to design better performing electrolytes, future computational models will need to move beyond tetrahedral coordination structures.”

The research team’s findings are a major breakthrough in the understanding of possible large scale lithium-ion battery storage capabilities. LIBs represent the power supply of cellphones, laptops, tablets, and other electronic devices. Due to the current shortcomings with LIBs (high costs, inadequate energy densities, long recharge times and short cycle-life times ) their usefulness for powering electric vehicles and creating storage systems for solar and wind energy has not been successful yet.