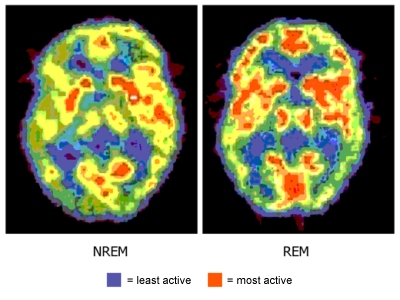 Researchers at MIT have been working on invoking natural sleep patterns. MIT Researchers have announced that they were able to trigger a period of rapid eye movement (REM), otherwise known as dream sleep, in mice, using a technique that shines light directly on mouse neurons.

Getting enough of the right kind of sleep is crucial for keeping both body and mind healthy. The human body needs to be able to slip into the deepest level of sleep possible, otherwise known as REM, in order to go into a natural sleep and achieve maximum health benefits.

Sleep helps the brain recuperate and restore itself, as well as allow it to process memories. Adequate sleep helps the body’s immune and other systems functioning properly. With the different levels of sleep come different benefits as well. In prior research studies, scientists discovered that test subjects experience learning during REM sleep. When the test subjects are not in REM, they are said to be in stage three “slow wave” sleep. Stage three sleep is vital for feeling rested when one wakes up.

More surprising is that despite all of the drugs available on the market today, none are able to recreate natural sleep. Natural sleep is described as sleep that alternates 90 min on, 90 min off between REM and non-REM sleep. Health benefits of sleeping are only produced during natural sleep. Existing drugs used by insomniacs and people who suffer from difficulty going to sleep actually repress both REM and the deeper stages of non-REM sleep, and instead put users into a very light sleep state. “What they do is create sedation,” Brown says. “If you are lucky, the sedation allows your natural sleep mechanisms to take over.” This issue has led the MIT researchers on a journey to learn how to recreate the different stages of sleep.

Christa Van Dort, post-doc in the Department of Brain and Cognitive Sciences at MIT led the studies. Van Dort stated that past research has indicated that neurons called cholinergic cells are active during both “wakefulness” and REM sleep. To investigate whether cholinergic neurons could induce REM sleep, Van Dort and the MIT team used a technique called optogenetics, in which a head-mounted fiber optic device is used to shine light onto a specific group of neurons. The neurons are first sensitized to light using a protein found in algae. This protein in algae responds to specific wavelengths of light. By activating the cholinergic neurons during non-REM sleep it increased the number of REM sleep episodes the test mice experienced. After further analysis of the sleep episodes, they concluded that the mice’s sleep closely matched natural periods of REM sleep.

The researchers are now investigating how the cholinergic system connects with other areas of the brain. Researchers hope to identify more factors that can affect REM sleep facilitation to achieve the same benefits of natural sleep.