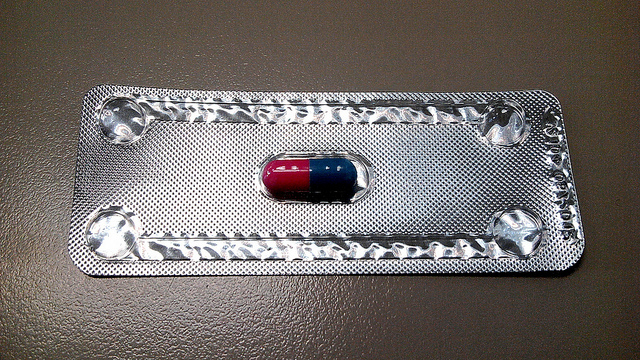 Penn State Researchers were able to reverse fatty liver disease in obese and diabetic mice after feeding them bile acid. The bile acid, in turn, worked by turning off a receptor in the gut tied to obesity.

The mice only needed to eat a small amount of the compound, called glycine-beta muricholic acid (Gly-MCA), to see metabolic benefits. For a human, the equivalent would be a single dose in pill form once a day, says Andrew Patterson, Associate Professor of Molecular Toxicology at Penn State and one of the researchers involved in the study.

The Researcher’s findings which were published in Nature Communications, show that Gly-MCA can inhibit the farnesoid X receptor (FXR). FXR is a transcription factor that regulates the expression of certain genes in tissues like those of the intestine and liver.

Frank Gonzalez, Chief of the Laboratory of Metabolism at the National Cancer Institute states, “Depending on the balance of conjugated and unconjugated bile acids, bacteria can modify these bile acid pools and turn off or turn on this receptor—FXR—in the gut”.

Gonzalez went on to say that FXR plays a key role in maintaining metabolism by sensing and regulating bile acids, fats, and glucose in the body. The receptor’s role in the production and metabolism of fat may help explain part of the treatment’s anti-obesity effect. This will be the subject of future research the Chief Scientist pointed out.

MISSION – FIND ONE THAT RESISTS BACTERIA

Previous research identified FXR as a possible target for fatty liver disease and obesity treatment, but the researchers faced several challenges in finding a compound that could operate in the complex and chaotic intestinal system, Gonzalez explains.

A group of researchers at Penn State Hershey College of Medicine who helped create the drug are hopeful that larger quantities could be produced economically.

“The preparation of a large quantity of the drug constituted a big challenge since very limited information was available in the literature and the drug was not commercially available,” says Dhimant Desai, associate professor of pharmacology at Penn State University College of Medicine, who worked with Gonzalez and Patterson.

Because bacteria, such as Lactobacillus, typically break down the bile acids that inhibit FXR, the researchers had to screen a large group of these bile acids to find ones that were bacteria-resistant. Gly-MCA was resistant to the enzymatic activity of Lactobacillus, Patterson says.

“Ideally what we would like to do is start looking at whether we can improve upon the current molecule to make more effective derivatives of Gly-MCA that are more resistant to bacterial hydrolyses and more potent at selectively inhibiting FXR,” Patterson says.

COULD THIS BE A PILL FOR PEOPLE?

Other compounds—and, perhaps more effective ones—are the focus of future research, as well.

“The direction of this study is innovative and may open new avenues towards treating fatty liver, a very prevalent metabolic disorder in humans,” says Desai.

While the researchers are hopeful for a pill that could treat fatty liver disease in humans, Patterson cautions that a lot of work remains to better understand this mechanism. The compound must also be tested in multiple species and then pass human trials before it is approved.

The use of bile acids as medicine is rare in Western cultures, but they have been used in a variety of medical treatments in Asian cultures and in ancient medical practices, according to Patterson.

The Center for Cancer Research, National Institutes of Health, and the Pennsylvania Department of Health supported the work.