5 Biggest Myths About the Flu, Part I

Home » Blog » 5 Biggest Myths About the Flu, Part I 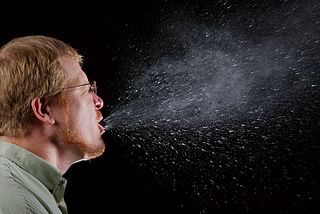 Researcher Elodie Ghedin of NYU’s Center for Genomics and Systems Biology and the College of Global Public Health is an expert on the flu. She recently coauthored a paper in Nature Genetics about how minor flu strains—those not usually targeted by vaccines—may play a bigger role in flu transmission than previously thought.

She explains how the flu works, its wacky history, and why the flu shot is so important.

MYTH #1: I HAVE A RUNNY NOSE AND A FEVER. I MUST HAVE THE FLU

If there’s one thing that drives Ghedin nuts, it’s when people complain that they got the flu shot and then came down with the flu anyway. Most of the time, she says, this simply isn’t true. You might feel crummy, but that’s probably because you caught something else.

Lots of viruses come with “flu-like” symptoms (aches, fever, runny nose, sneezing), but most people only get the flu—influenza—once or twice a decade.

Remember a time when you weren’t just sniffly and sore, but bedridden, “totally debilitated, and completely knocked out? That might have been the flu,” Ghedin says. “But in general, it’s not usually the flu that you have.”

And the only way to be 100 percent sure is to have a sample taken, usually from your nose, and sent to a lab for testing.

MYTH #2: THE FLU VACCINE WILL MAKE ME SICK

Influenza has two main types that infect humans: type A and type B. Type A is the tricky one, because it has lots of subtypes. Aquatic birds—”the reservoir for all the diversity” of flu, Ghedin says—carry about 130 combinations of these, most of which haven’t made it to humans yet. But some have, and they’re doozies. H1N1, for example, is a subtype.

And within subtypes, there are strains. Once you’ve been exposed to a given flu subtype, your immune system develops antibodies against the virus so that you can control part of it, even when you’re encountering a new strain.

That’s why, as with most cases of seasonal flu, “You still get sick, Ghedin explains, “but it doesn’t kill you.”

But new subtypes entering the population are a big deal, because people’s immune systems don’t recognize them. That’s what happened in infamous Spanish influenza pandemic of 1918.

Ghedin’s recent paper took a look at a much more recent pandemic—from 2009 in Hong Kong. In the study, she and colleagues sequenced whole genomes from nasal swabs taken from confirmed 2009 Hong Kong H1N1 and H3N2 flu cases and their household contacts. They found that the sick people weren’t carrying just one strain of the viruses, but a mixture.

And they found that this mixture—of both “major” and “minor” strains—was easily transmitted within households. This is significant because only the major strains—those found to be dominant all over the world in a given year—are put into the vaccine.

The World Health Organization the Centers for Disease Control have “surveillance labs” where they sample for different strains of flu circulating in local populations. The catch? It takes about six months to make the vaccine, during which time the dominant strain can shift.

So it is possible that you could get the shot and still get the flu—just not as likely as the complainers make it sound. And the vaccine doesn’t make you sick.

That H1N1 you heard so much about in 2009? It was a descendant of the 1918 Spanish influenza that killed 50 million people.

Back when people were first infected with the H1N1 subtype of flu in 1918, Ghedin explains, they passed the disease on to pigs. As the decades passed, H1N1 evolved in humans, spawning different strains of seasonal flu to which anyone who’d been exposed to the 1918 version had partial immunity.

But it also evolved separately in pigs.

“Then fast forward to 2009,” Ghedin explains, and “that H1N1 that had been in pigs, after going through all kinds of evolutionary processes, ended up being transmitted from a pig back into the human population.”

And because the virus evolves more slowly in pigs than in humans (pigs don’t live as long as we do), it was much more similar to the 1918 flu than anything most of us alive today had been exposed to. That’s why the very elderly—those who’d been exposed to the 1918 flu or a close relative of it, back in the 1920s or 30s—didn’t get as sick as younger people did. They had more antibodies to protect themselves from it.

That’s actually the short version of an even longer story. The decades between 1918 and 2009 also brought a succession of new subtypes that created their own pandemics when they first appeared, with each one replacing its predecessor as seasonal flu.

Then there was the rogue 1950s-era H1N1 strain that made a lot of young people sick when it re-entered circulation (after being accidentally released, one theory suggests, from a Russian or Chinese lab) in the 1970s. That H1N1 co-circulated with another subtype, H3N2, for a number of years—before finally being ousted by the new-old pandemic H1N1 (remember?) that effectively time traveled from 1918 to 2009 by way of pigs.

“It’s a very strange history,” Ghedin admits. And it makes designing a flu vaccine each year seriously tricky business: Scientists must decide which strains of each subtype to put in the vaccine (which can hold just three or four strains).

MYTH #3: IT’S NOT NECESSARY TO GET A FLU SHOT EVERY YEAR

There’s a lot yet to learn about the role the different strains play in flu transmission (and in making you feel terrible)—hence the need for more studies like Ghedin’s.

In the ongoing worldwide war on flu, one longed-for weapon, Ghedin says, would be a sort of “universal” vaccine that could teach your “immune system to recognize a region of a virus protein that doesn’t mutate”—meaning it’s identical across all different strains. But scientists haven’t had much luck with that yet.

In the meantime, it’s important to get the regular flu shot every year. It’s the best defense we have now—and getting it can prevent you from passing the flu on to someone more vulnerable.

Continue reading about this fascinating topic in…. Part II of this article, 5 Biggest Myths about the Flu, Part II